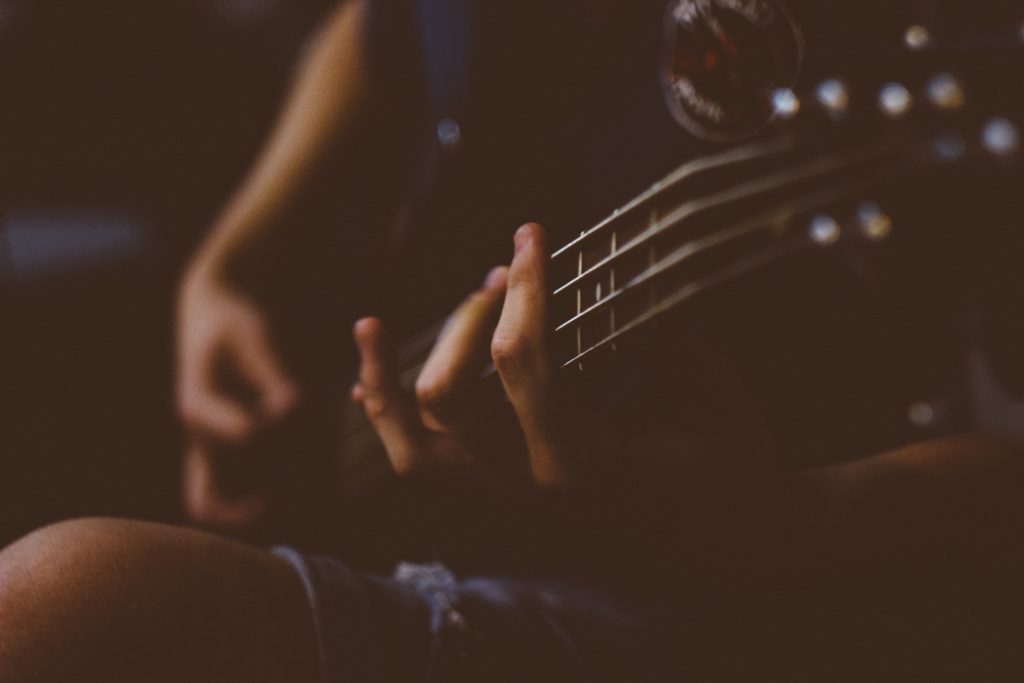 There’s an old saying in the record business: You have a lifetime to make your first record, and a year to make your second. What that means is you pour your entire life experience as a musician into making your first album, and if you’re lucky enough to make a follow-up, you have very little time to finish the second one before everyone forgets about you.

These smart tips will help you focus on that all-important first record. These should hopefully help you make a first record worth following up.

Most producers will require that you do this when you’re tracking. If you’re not used to playing along to a click track, you’re going to struggle, get frustrated, eat up valuable studio time, and possibly biff your performance. This is doubly true for your drummer. Some would argue that playing to a click kills “feel.” The people usually making this argument are drummers who aren’t used to doing it and are struggling to make it work. Do not listen to them. You can play with a click and still play with feel. It just takes practice.

2. Practice and master performing your tunes before you record them

Some bands have the luxury of writing in the recording studio. Those bands have usually already made successful records. So unless you’re in U2, do yourself a favor and rehearse the hell out of your songs before recording them. If something isn’t working right musically in rehearsal, don’t wait to “fix” it in the studio. Time and money are at play here, and you want to use your studio time making magic—not excuses for why a track isn’t working when you already knew it had unresolved problems in rehearsal.

3. Have an artistic vision and commit to it. No matter what

Remember why you’re making your record and commit yourself to its integrity. If you’re a shy, sensitive indie-pop band, and your producer insists you have a rapper spit a verse on your Belle and Sebastian–esque ballad to appeal to a broader audience, say no. If your drummer is offended that a track works better with programmed drums than with his or her own personal contribution of percussive genius, be gentle, but stick to your guns and make the right decision for the track.Diplomacy and kindness are valuable skills to develop in the studio. But compromising your vision for the sake of appeasement is a sure way to end up making a record that you don’t love. Commit to doing what’s best for the music—every single time.

4. Learn to record your own music

Until you know what your songs sound like recorded, you’ve never really heard them objectively. It’s not crucial that you become a world-class engineer or producer. What is crucial is that you have the experience of knowing what you actually sound like before shelling out real money for pro studio time. It’s also beneficial to have your music recorded to reference when you do start working with a producer.

Making a record is going to be an emotional and vulnerable experience, so having good chemistry with your producer is crucial. Find someone you respect and who respects your music.

When shopping for producers, listen to records they’ve made in the past. If you don’t like their records, you probably aren’t going to like what they do with yours. Meet with them in person and talk to them about records you love. Have they heard them before? Are they interested in your opinions about music? Do they believe that they can help you take your vision and make it even better than what you’re hoping for?

If the answer is “no” to any of these, keep looking until you find the right person. There are world-class producers who—regardless of their expertise—are not going to be the right fit for every project. Dr. Dre would likely make a terrible Smiths record, and Brian Eno would probably struggle with Lil Wayne. It doesn’t mean they’re not geniuses; it just means that chemistry matters.

6. Pick the right studio, and use your time there wisely

You want to find a studio that fits your budget, but isn’t filled with a bunch of junk and an unprofessional staff. Something in between your parents’ basement and Studio A at Abbey Road should suffice.

Start by listening to albums that were recorded at the studios you’re checking out. Do they sound great? No? Then yours probably won’t either.

These days, many producers have their own project studios with gear rivaling equipment found in pro studios. If you’re recording a guitar direct into Pro Tools for some overdubs, you really don’t need to pay $900 a day to do it in a pro studio. But if you want your drums to sound like the drums you’ve heard on records you love, you definitely won’t accomplish that in a home studio. Professional recording studios are a must if you’re recording drums.

Pro studios like UNLIMIT offer you great room tones, a selection of high-end microphones, and current, industry-standard digital recording equipment. They also have staff who can set everything up quickly and make sure all of the equipment works, which will maximize the amount of time you’re recording instead of messing around with gear.

To get started on recording your very own first MUSIC ALBUM, you don’t have to look very far. Reach out to us here.