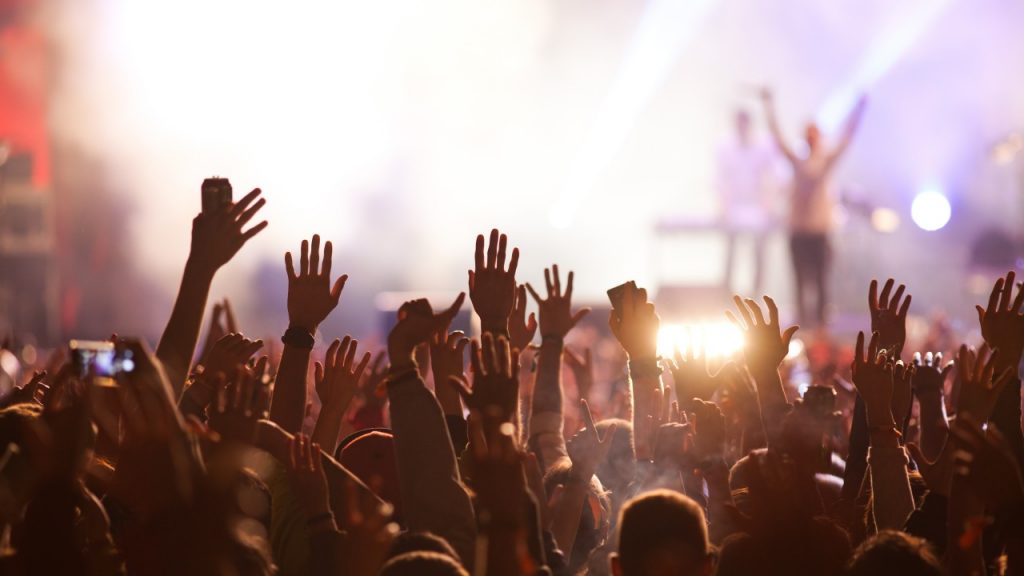 The internet has opened up endless possibilities, and, while that may seem daunting, it really allows you to experiment and let your creativity run wild! The key is to learn from the promotions you run, make changes, and fine-tune them to your unique career. Let’s take a look at some basic strategies you could be using to promote your music right now.

With everything moving more and more towards digital, it’s easy to forget about the value of the person-to-person interaction. These days, you can create great quality music, release it, distribute it, promote it, and even play live without ever leaving your room. But, just because you can release something entirely online doesn’t mean you should! In fact, these personal interactions are still extremely important in the music industry.

The live show is so much more than just performing. You can use gigs to promote your music, new album, or song. Tell your fans that you’ll be premiering a new song, or, if you want to go all out, tell them you’ll be playing the whole album at one show over the next month or two. The trick is not to tell anyone which is the lucky show.

If your fans really want to hear the album early, they’ll have to come to all the shows. You could also use gigs to grow a fanbase in new cities, states, or countries. Work with a local established band and propose a headline swap – you’ll open for them in their home town and they’ll open for you in your home town. Just make sure you pick a band with a similar musical style.

2. Use Social Media to Promote Your Gigs and Appearances

We all use social media. These days, if you’re not on Facebook, Instagram and Twitter, it’s almost like you don’t exist. However, you may not be using social media to it’s full potential to promote your music. Social media is not a straight-up marketing platform. It’s really a catalyst for conversation and word-of-mouth marketing. About 80% of your posts should be funny, conversational, and interesting, leaving about 20% for promotional material.4

That’s not to say that conversational posts can’t be promotional! You just need to learn how to frame the content in interesting ways. For example, if you’re in the studio recording a new album, try sprinkling little updates on social media. Tell a story about your studio experience that day, share a photo of the mix, or post a short teaser Vine of a song. If you’re out on tour, take photos at the venues or share short videos or photos of the audiences. These things aren’t obviously promotional, but they still let fans know what’s going on.

Check out these musician power tools for more info on promoting your music via social media.

3. Promote Your Music and sell it on Your Website

Your website shouldn’t be a static thing. It should be ever adapting and changing to reflect new events in your career. Basically, you want your fans stopping by your website as often as possible. The more often they’re on your site, the more chances they have to buy an album, merch, tickets, or any other product you have available.

If you’re just starting out, you probably don’t have a lot of big updates other than the occasional album release and tour. Running a blog is a great solution. It’s fairly easy to set up a blog on the homepage of your website. Most website tools like Bandzoogle, and WordPress, have blog capabilities. Plan out blog posts at regular intervals like once or twice a week and share anything you think your fans would find interesting. This could be the inspirations behind certain songs, new lyrical ideas you’re working on, a funny story from the last band practice, or even a run-down of the gear you use.

4. Reach out to Music Blogs

If you want to promote your music, it isn’t just about sharing things with your fans. You also want to reach out to new audiences and convert them to fans, and music blogs are a great way to do that. Bloggers are always looking for fresh, new content, and the cool thing is, there are a ton of smaller blogs that are totally within your reach as an indie artist. Blogs also tend to have a pretty niche following. This means that if your music is run on a blog, it’s guaranteed to be seen by people who already like the genre!

Do some research, find blogs that cover your type of music, and send personal emails out to the bloggers. Are there any interesting stories about your new album, song, or tour? Having a unique story will definitely help you stand out from the thousands of other musicians releasing an album. Make it as easy as possible for them to cover your story and treat them like people. Remember, it’s all about establishing a relationship.

5. Collaborate with Other Musicians

Collaboration is an often overlooked aspect of music promotion. It’s a great way to get your music in front of another group of people and make new fans.2 You can collaborate on pretty much anything. Just make sure you collaborate with musicians whose fans would appreciate your music. Choose to work with bands in a similar genre or with similar fanbase demographics.

Your email list is an extremely valuable tool to promote your music. Unlike collaboration and blogs, your email list is marketing to your current fan base. If someone signed up for your email list, they want to hear from you, so take advantage of it! Remember, your emails should be driving your fans to your website, so you want to include links.

The obvious use of an email list is to let your fans know when you have an album coming out or a tour. You can also use your email list to send fans to your blog. Remember, you want to get your fans on your website as often as possible.