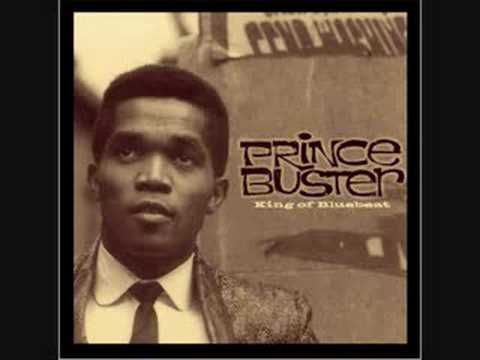 Prince Buster, a pioneer of ska who influenced bands such as Madness and The Specials, has died at the age of 78.

Buster, who was born in Kingston as Cecil Bustamante Campbell, passed away at him home in Miami on Thursday.

Tributes poured in for the singer-songwriter-producer, who rose to fame in his homeland Jamaica in the 1960s.

“It is with great sadness that I have just learned of the death of Jamaica’s music icon and pioneer, Prince Buster. A true music legend,” reggae and dancehall DJ David Rodigan wrote on Twitter.

While he started out as a star in Jamaica, Buster also became the first Jamaican to have a top 20 hit in Britain with Al Capone in 1965.

He went on to become a huge influence in the British ska revival of the late 1970s. Madness – who named themselves after his classic song Madness is Gladness – covered his song One Step Beyond while The Specials did a version of Enjoy Yourself in 1980.

“We hear the sad news of another legend passing away. RIP The Prince. Buster sleep well,” The Specials tweeted.

Buster earned his nickname during his youth as a boxer. He revealed in 2013 that he was trained by the middleweight champion of Jamaica, Sid Brown.

He made a low key comeback in the late 1980s and 1990s, touring  Japan with ska legends the Skatalites and re-entering the British charts for the first time in 31 years with a new version of an old song, Whine and Grind.

Prince Buster is survived by his wife Mola Ali and his children.