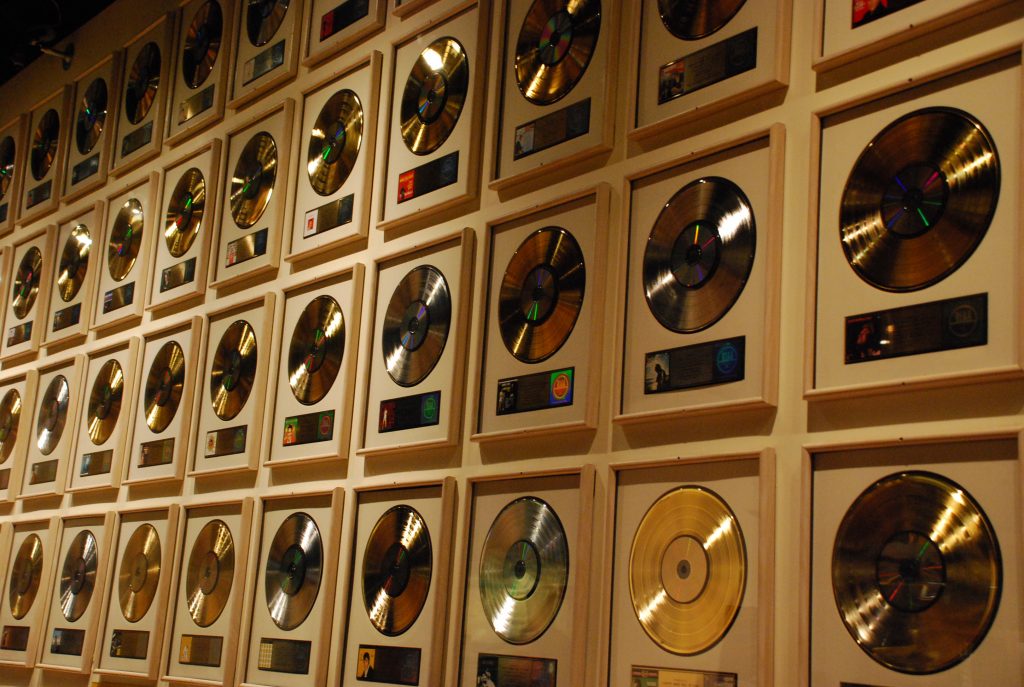 When it comes to recording a music album where you’re the artist, you’ve got a lot of big decisions to make that will ultimately influence the way your project sounds.  In other words, the more you do to prepare yourself before the record light comes on, the more enjoyable the process and the product will be. Pre production is everything that you should be taking care of prior to the first time you actually record something in the studio. This includes song selection, arrangement ideas, voice lessons, scheduling session musicians, finding a recording studio/engineer and even starting the process of finding a graphic artist for the CD artwork as well as a duplication house to mass produce your finished master.  This can be a daunting amount of work especially if you’re new to the game, however there is someone you can turn to who can help make this process much more effective and significantly simpler…

If you’re wondering whether or not a producer is a good idea for your project, then it’s important to understand what a producer brings to the table.  In a word, it’s experience. Let’s assume the upcoming project is your first, second or even third independently released CD.  This means that your studio experience is comparatively limited next to a producer who has often done dozens of projects. In other words, a producer has spent significant time becoming an expert at something that’s still relatively new to you. With this production experience comes a variety of skills that the producer will use to help you end up with a polished, professional-sounding project.

This skill set typically includes everything from knowledge of the craft of songwriting (useful in song selection and improvement), relationships with session musicians (which often includes the ability to play instruments at a very high level themselves), the communication skills to explain to the musicians what the overall “vision” of the project is, knowledge (or ownership) of a good recording studio and, last but not least, the ability to work with you as a vocalist/instrumentalist to help you bring out your best performances in the studio.  Finally, the perspective that a producer brings to a project can be extremely useful as it’s often difficult to make clear judgements about your own vocal/instrumental tracks.

A question that I get asked often in my workshops is where artists should look to find producers for their indie projects.  There are a variety of sources.  The first is usually word of mouth.  Ask other artists in your music community who produced their CDs and how their experience was.  Also, if you have a CD of an independent artist and you really like the way it sounds, look and see who’s listed as the producer, then contact that artist to get the producer’s information.  If you’re new to a community, you can always ask your performing rights organization (BMI, ASCAP or SESAC). They usually have a list of producers that they recommend.

Finally, although always a bit of a reach if you’re new to the game, you can look at some of your favorite major label CDs and see who’s listed as the producer and then contact those producers as well.  Although it’s unlikely that successful producers will have time in their schedule to work with an indie artist, you never know and the worst they can say is “no.”

With the advent of improved recording technology and affordable, high-quality equipment, great recordings can be made almost anywhere.  Recording is no longer the exclusive domain of the big, multi-room complex.  That being said, there are a few things you should consider before choosing a studio for your project.  First and foremost is sound quality.  Ask the studio owner/engineer for a demo of something that’s been recorded in his/her studio.  But you should be more specific still.  Ask that the music on the demo be in the style of the project you’re planning to record.  In other words, if you’re making a country CD, it doesn’t matter if the studio has a great-sounding R&B demo because that doesn’t necessarily translate into a great-sounding country recording.

Secondly, make sure you’re comfortable in the space where you’ll be working.  Although working in a big, beautiful studio can be inspiring for some, it can be intimidating for others.  You’re going to be spending a lot of time in this place, make sure you feel at ease there so that you can relax and deliver great performances.

And, lastly, don’t forget to ask for any and all fees.  The obvious would be the hourly rate but it’s important to ask the owner/engineer what other charges you’ll be incurring.  This can be everything from a separate engineer charge, cost for burning CD’s and even separate charges for certain pieces of studio equipment. A studio ought to be able to give you a decent estimate for what your overall project should cost.  Some studios simplify the process even further by giving you an all-in project fee that is decided up front. It’s always better to know all of this at the beginning of a project so that there are no unpleasant surprises when it comes time to pay.

Your career as a recording artist hinges on many things, from the songs you choose to the musicianship on your records, but the single most important thing for your artist identity is your voice.  That being said, your ultimate goal as a vocalist is to sound exactly like yourself.  In other words, the more relaxed and confident you are as a singer, the more people will know who you are and what you’re about.  Other musicians care about musicianship, but the people who will ultimately buy your CD will connect with your voice first and everything else much later.

There are a lot of things you can do before you start the recording process to improve your chances of getting great vocal performances.  First and foremost is practice.  The voice is a muscle and the more you work with it the stronger it gets.  No matter how good of a singer you are, I’d recommend working with a vocal teacher or coach on the songs you’ve chosen to record.  This way you’ll be working with an expert to help you get the most out of your voice on the songs you’ve chosen.  This is not something that is limited to beginners.  Multi-platinum selling artists use vocal coaches as often as, if not more often than, beginners.

Putting out your own CD is a big job.  Not only are you the artist but you’re playing the role of record label, too.  That being said, it’s worth considering starting the process of finding a graphic artist to work with and getting the artwork together even before the CD project has begun.  This means collecting the necessary information for the CD insert like pictures and computer files of your lyrics.  If you don’t start this process early then you’ll be adding months of additional work after you’ve finished the actual recording of your project.

Making a CD is like taking an audio snapshot of where you are as an artist at a given moment in your career. Since it’s expensive to make a quality recording, it’s very likely that you’ll be using this CD to represent yourself for a long time.  The better prepared you are the more fun you’ll have making your recording and the better your CD will sound.