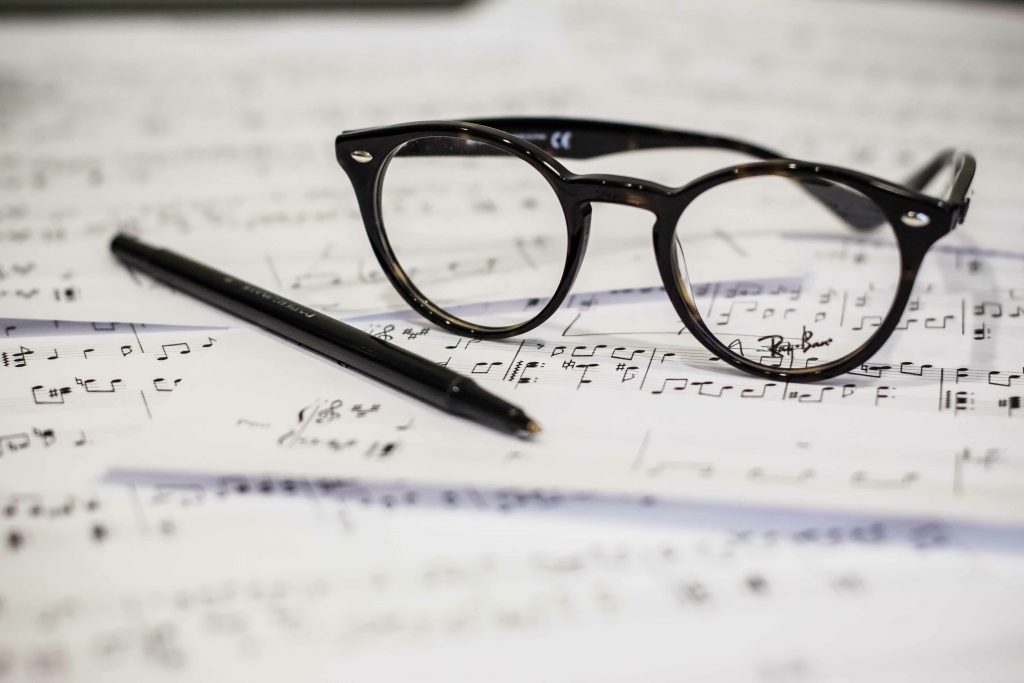 For most accomplished guitar players, songwriting is the final frontier – far more difficult that getting up in front of an audience and wailing out solos or nailing down the hot rhythm that drives the band.

Here are top 10 tips that will build song-conjuring confidence and put you on the path of writing better numbers, regardless of genre:

If you really love your instrument, you won’t be content with just knowing barre and open chords, or even sevenths and the other more common chords sounded in blues, rock and country. Delve deeper. Think in terms of triads, extended chords, partial chords and even dissonant notes like that “D” Keith Richards likes to drop into his open G chord progressions. “Wrong” can be right if it serves a song, and if you can create a series of chords that is also a melody – like Paul McCartney’s “Blackbird” – you’ll be on to something beautiful.

Don’t settle for what’s “standard.” Sure, it’s hard to beat standard tuning for versatility and the joy of writing songs with campfire chords, but open tunings can kick a new door wide. Consider John Fogerty. Some of his coolest tunes, including “Proud Mary,” are in open D, which is why your standard tuning version of that song doesn’t sound as nasty, deep, dark and dirty as Creedence Clearwater Revival’s. And consider Keith Richards again. From “Brown Sugar” to “Start Me Up” to many of the songs on classic Stones albums like Exile on Main St., the impetus for those riffs and textures is Keith’s open G tuning.

The “fifths up” or “circle of fifths” chord progression is always a comfortable entry point when trying to set narrative lyrics to music. It’s a staple of Bob Dylan’s songwriting, is the crux of Pink Floyd’s elegant “Wish You Were Here” and anchors Jimi Hendrix’s recording of “Hey Joe.” Essentially, the key is this: the movement of chords of the same type in a repeating cycle always sounds pleasing to the ear and the chords lend themselves to easy vocal melodies as well. In “Hey Joe,” for example, all the chords are major triads that move up by a fifth as they circle around. Throwing in a consonant chord for drama to perhaps introduce a bridge or chorus change can spice things up.

Guitar players often write from riffs or chord progressions. Change that up. Try writing lyrics first. Pen a story or a poem, or, maybe as the blues great Fred McDowell put it, “a few of your lines.” Then read or sing them aloud. That might suggests guitar sounds – chords or single notes – that can best propel your tale forward in song and snap you out of chasing down the same old progressions and other tune construction habits.

Tension and release plays big in the brainpan of listeners. This can generally be done two ways: dynamics and simple arranging. Suddenly holding a single chord within a song while maintaining or breaking away from the vocal melody is a great way to get listeners to pay attention through arranging. A superb example is the finale of XTC’s 1986 radio hit “Dear God,” when these superb pop-rock tunesmiths take a sharp turn away from the number’s beguiling melody to make their point. And listen to Kurt Cobain and Jimi Hendrix to really master dynamics. Nirvana’s “Smells Like Teen Spirit,” with its quiet verses and loud choruses, is raw, nagging perfection. The volume leap to the choruses adds nearly heart-stopping excitement. The Pixies, who influenced Cobain, were also masters of the loud/soft dynamic. And check out “Voodoo Chile (Slight Return)” to hear one of Jimi’s best displays of dynamics. His verses eventually drop down to an actual stage whisper, inviting the listener into the song’s dark universe.

A hook can be a vocal or instrument line, but as a guitar player, it’s wise to think of “hooks” as riffs. And a great riff pulls a listener right into a tune. Remember the first time you heard Van Halen’s “Ain’t Talkin’ ‘Bout Love?” Of course you do. And getting back to Jimi, “Manic Depression” and “Purple Haze” are perfect examples of heavy riff stompers. All three of those songs also deliver a priceless message to songwriters: if you’ve got a great riff, don’t bury it. Put it up front, and – like voting for your brother-in-law – do it early and often.

Find inspiration in other instruments. Lay the guitar down for a bit and bang on a drum or blow a harmonica when seeking riffs and melodies for new songs. The sheer physical difference of playing other instruments, no matter how badly, will give you new ideas to take back to the guitar. This is guaranteed. Remember when Eddie fell in love with synthesizers and wrote “Jump”? Well, I’m still not happy about that, either, but it did open up new frontiers for him as a composer and anyone who has heard him play recently knows he’s going in bold directions again.

Don’t be afraid to speed up in a song, especially if you change your picking technique at the same time. This is a trick that now defunct punk-blues band the Gun Club employed magnificently on tunes like “For the Love of Ivy” and their version of the blues classic “Preaching the Blues.” The relatively open and lazily picked verses yield to choruses of hammering downbeats.

I choose a now relatively obscure but wonderful band like the Gun Club, who cut those tracks on 1981’s Fire of Love, to make the point that it doesn’t take heavy chops to execute moves like this to high effect. The Gun Club was not a skilled outfit when his disc was cut. Their relationship to music was similar to early man’s relationship to fire. But the conflagration they raised was spectacular.

Make yourself write as often as possible, even if it’s only for five or 10 minutes day. It’s the same with playing. Picking up the guitar in short bursts preserves and builds muscle memory, and songwriting a little bit with frequency makes the craft creep into your psyche. Soon you’ll be coming up with ideas while waiting in line at the coffee shop or doing the laundry.

If you don’t feel like you’ve got what it takes to create the kind of songs you want to hear, find a friend or acquaintance who you believe does and write together. And if you’re meeting somebody to write, try to arrive with a musical or lyric idea or two, or a theme you’d like to explore in song, just to get the ball rolling. If there’s any chemistry, it will.

Infographic : How to Write a Song in 10 Steps

Tutorial : Making a Song From Scratch

Why Does Music Make us Laugh & Cry?