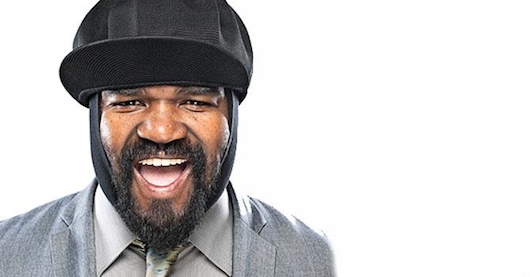 The protest songs of the 1960s and 70s managed to blend political and societal views with music from the heart. This is something Gregory Porter’s tried to replicate in his new album Take Me to the Alley, a soul and jazz album that deals with social issues.

The title track, for example, is about status and the interaction between those who are considered less than others; people who have fallen down, people who are afflicted, people with some malady, some ills, some addiction. The song questions how we treat those who are in need of a helping hand. Do we welcome them, or turn them away? Another track, Fan the Flames acknowledges the necessity of non-violent protest, the most effective form of protest in the 1960s: “Stand up on the seat with your dirty feet. Put your fist in the air and be sweet,” the song’s lyrics go.

Throughout his career he’s been inspired by the artists who defined those decades of creative revolution; musicians such as Marvin Gaye, Billie Holiday and Nina Simone. At a time of societal upheaval, here are five of the most empowering protest anthems he mentions.

As well as having a really strong message, sometimes an artist needs to couple their sentiment with something that’s soulful and groovy to listen to. War by Edwin Starr is my first pick for a great protest song.

Marvin Gaye’s classic asks everybody to search the corners of their hearts and brains to come up with solutions for the ills in society. He touches on this theme in a lot of his music, but the message hits very hard in What’s Going On in particular. This is one of my favourite songs, period.

Mississippi Goddam is straight to the point. It’s actually the first song that my mother allowed me to repeat a curse word to. It is very listenable music, but with a profound undercurrent of political thought. Nina Simone was an expert in this, alongside Billie Holiday. I don’t know if any modern artists are as strong and as fearless as those two musicians were.

A Change Is Gonna Come has always been a powerful song for me as it comes from a place of vulnerability. The song is for everybody, but coming from Cooke it sounds like a plea. This is one of the major purposes of soul and jazz music; to state what you feel. The 60s and 70s was a tumultuous time all over the world, but particularly in the US. A song like this is optimistic yet states the problem as well, a combination of the bitter and the sweet. It’s the kind of message I’m talking about in my song Musical Genocide from my Liquid Spirit album. In the bridge I sing: “And the soul man with your heart in the palm of his hand, singing his stories of love and pain.” This song is love and pain.

The Isley Brothers – Fight the Power

The Isley Brothers’ Fight the Power, like Edwin Starr’s War, is a song you both want to dance and raise your fist to at the same time. With a righteous statement of resistance against the opposition that comes your way.